*FREE SHIPPING ON PURCHASE OF $50 OR MORE 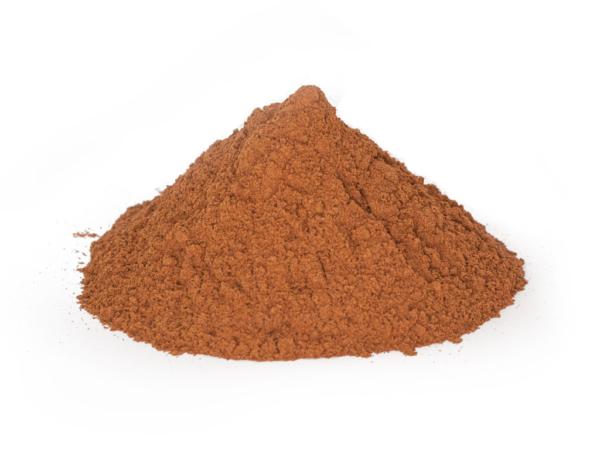 Cinnamon has a sweet, woody fragrance in both ground and stick forms. Ground cinnamon is perhaps the most common baking spice. Cinnamon sticks are made from long pieces of bark that are rolled, pressed, and dried. Possibly most the common baking spice, Cinnamon is used in cakes, cookies, and desserts throughout the world. Cinnamon is also used in savory chicken and lamb dishes from the Middle East. In American cooking, Cinnamon is often paired with apples and used in other fruit and cereal dishes. Stick Cinnamon is used in pickling and for flavoring hot beverages.

Product added! Browse Wishlist
The product is already in the wishlist! Browse Wishlist
Categories: 2.5/3 kg, Bulk Products
Share:
Description
Cinnamon is one of the oldest and first spices to be traded between Asia and Europe. It was considered as precious as gold by many. Cinnamon medicinally is probably best well known, for two main reasons. First of all cinnamon is highly antiseptic due to the high content of phenol can be used as a very effective mouthwash. Secondly, as it is a warming spice, it is often very useful as a cold or flu remedy. Our organic Cinnamon has finer, less denser, strong, hard and more crumbly texture. With the sweet small characteristic odor, very hot, pungent, aromatic taste, it is principally employed in cookery as a condiment and flavoring material. Cinnamon powder has long been an important spice in Persian cuisine, used in a variety of thick soups, drinks, and sweets. It is often mixed with rosewater or other spices to make a cinnamon-based curry powder for stews or just sprinkled on sweet treats Persian. It is also used in Sambhar powder or Bisibelebath powder in Karnataka, which gives it a rich aroma and tastes unique.
Additional information
Nutrition Information