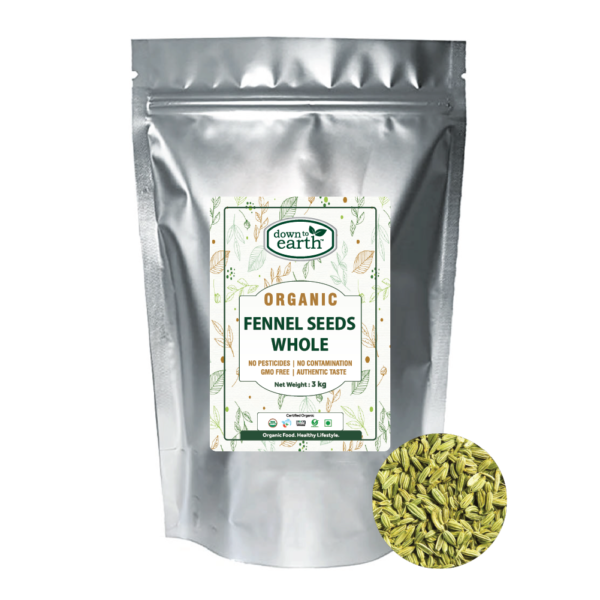 Fennel seeds are produced from their fruits which have good aroma, acts as stimulants & are calmative. It has a sweet and aromatic taste, similar to anise and licorice.

It has a sweet and aromatic taste, similar to anise and licorice. Fennel was well-known and revered among the ancient Greeks and Romans. They enjoyed chewing on its sweet stalks, appreciated its medicinal qualities and even decked their heroes with it. In the Middle Age, it was used in amulets to protect from witchcraft. The ancient Greeks used it as a slimming aid and apparently it is associated with word Marathon which means to grow thin. Fennel is thought to be one of the nine herbs held sacred by the Anglo-Saxon.This is also cultivated in south east districts in Rajasthan. Mostly cultivated along with other winter crops and harvested in March – April. The few seeds of fennel can be added to tea as a remedy for indigestion. It is a good source of vitamin C. Its property as a digestive is appreciated. Nibbling on few seeds refreshes the breath. Since the demand for this spice is steadily going up, Morarka has now also tied up with farmer groups in Madhya Pradesh for sourcing additional quantities. Mostly greenish yellow fennel is preferred.