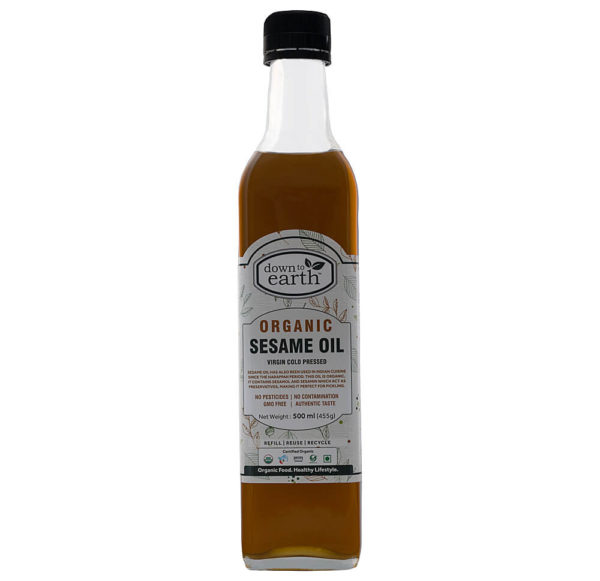 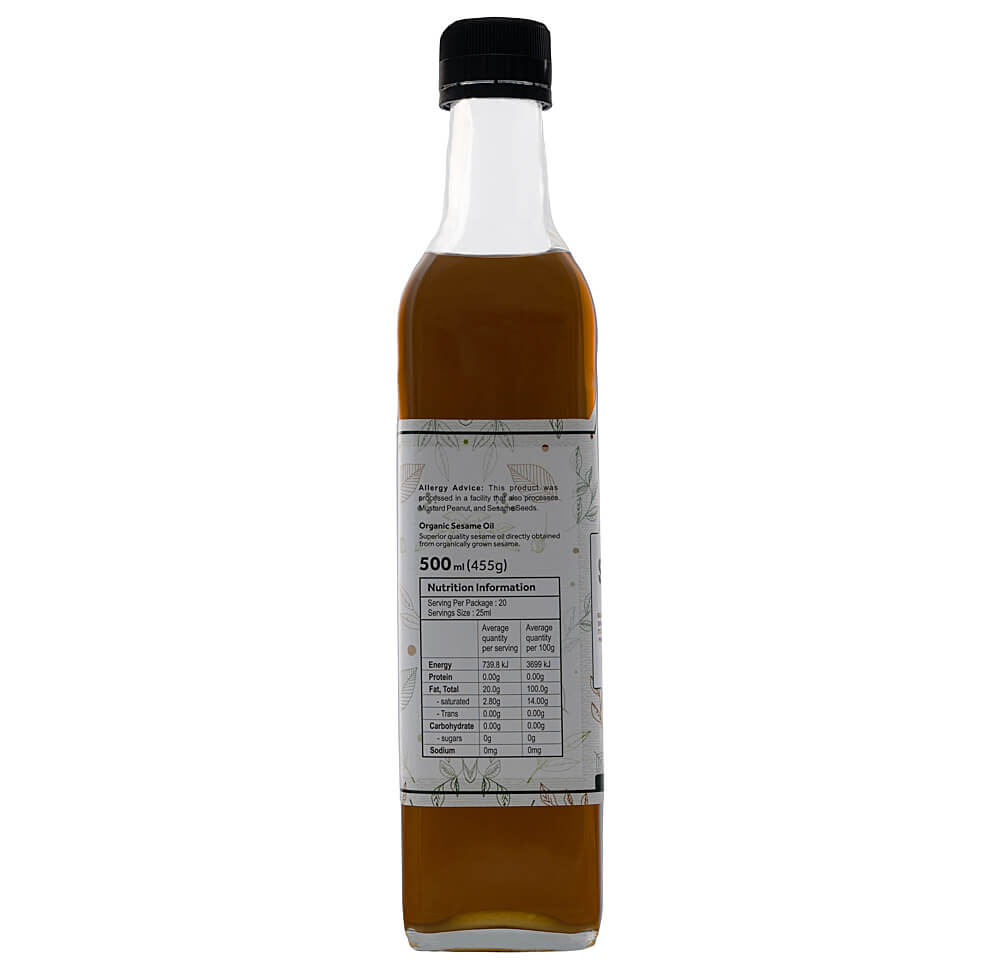 Sesame Seed Oil has been used as healing oil for thousands of years. Sesame oil is mentioned in the Vedas as excellent for humans. It is naturally antibacterial for common skin pathogens, such as staphylococcus and streptococcus as well as common skin fungi, such as athlete’s foot fungus. It is natural antiviral and antiviral inflammatory agent. It has been used extensively in India as healing oil, including in experiments which showed it was useful in unblocking arteries. In recent experiments in Holland by Ayurvedic physicians, the oil has been used in the treatment of several chronic disease processes, including hepatitis, diabetes and migraine.

Despite sesame oil’s high proportion (41%) of polyunsaturated (Omega-6) fatty acids, it is least prone, among cooking oils with high smoke points, to turn rancid when kept in the open. This is due to the natural antioxidants presenting the oil. Light sesame oil has a high smoke point and is suitable for deep-frying, while dark sesame oil (from roasted sesame seeds) has a slightly lower smoke point and is unsuitable for deep-frying. Instead it can be used for the stir frying of meats or vegetables, or for the making of omelets. East Asian cuisines often use roasted sesame oil for seasoning. 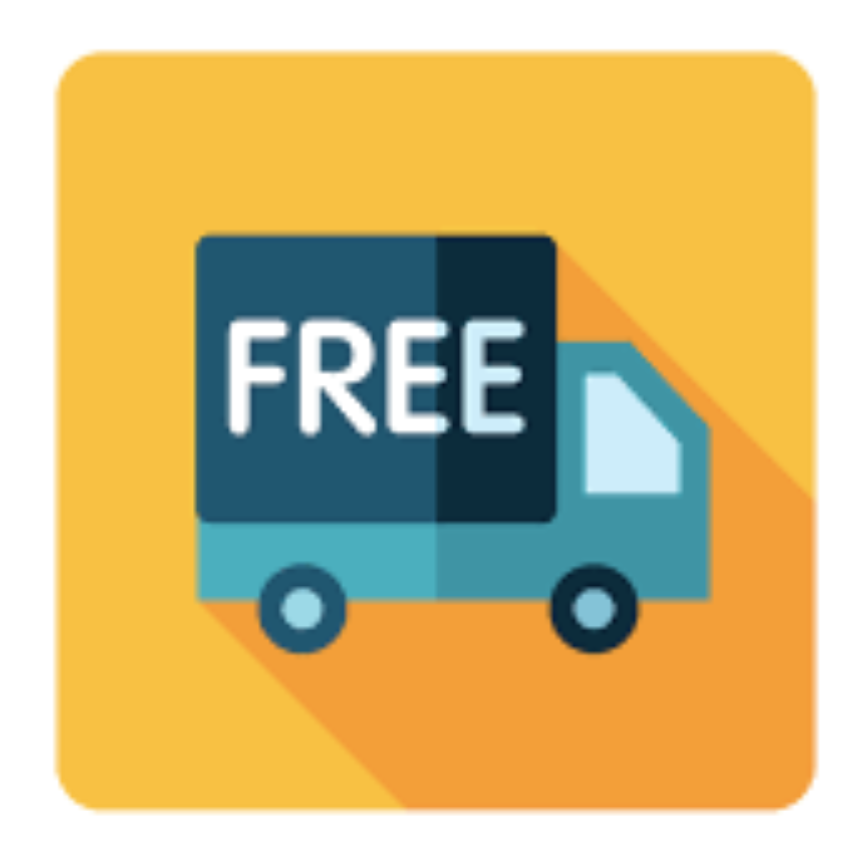